Welcome to my Alice blog! 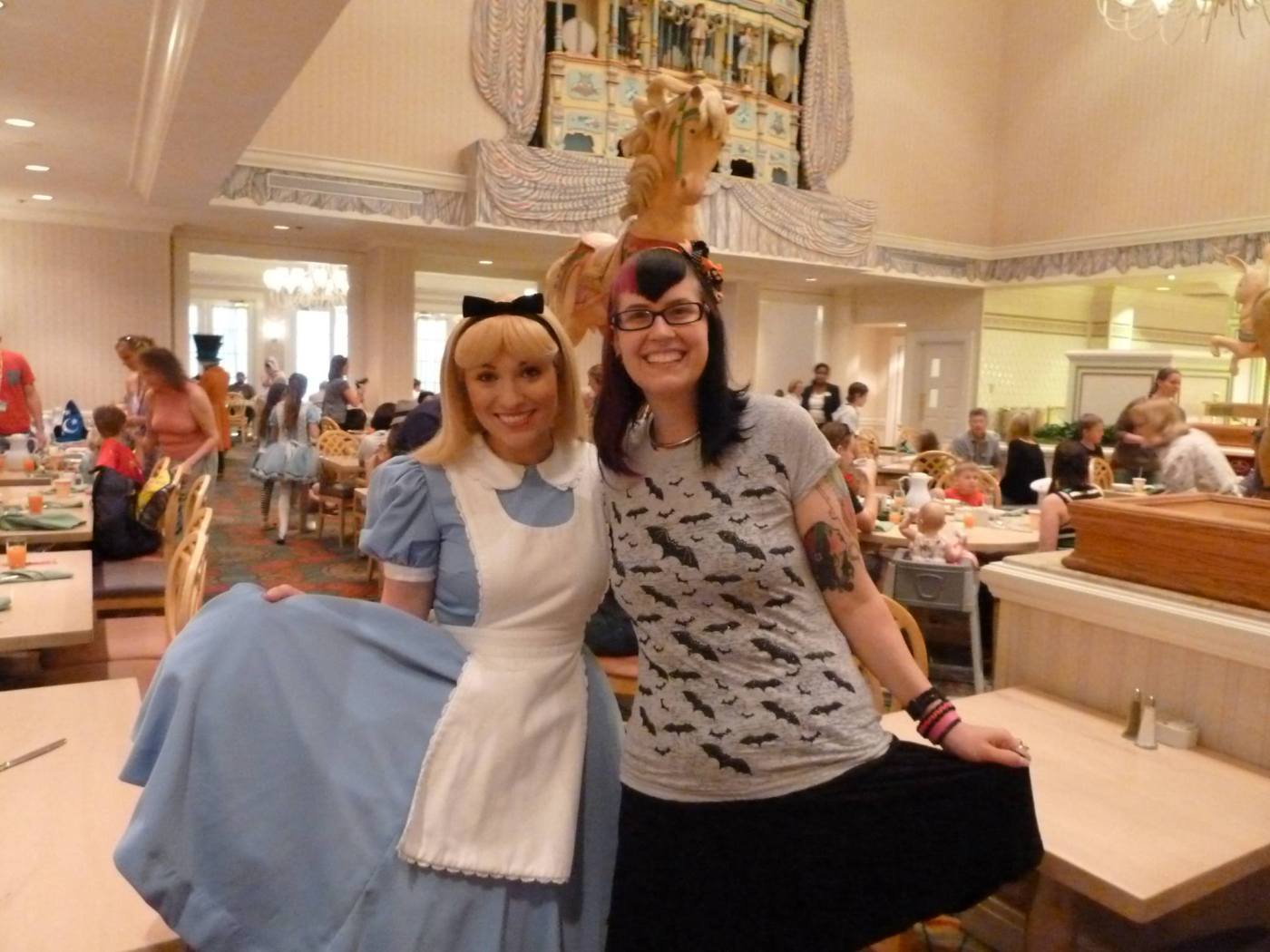 Hi, I’m Ashleigh. I’ve been collecting Alice in Wonderland stuff since 2001. I was interested in Alice as a pretty young child, from seeing the 1951 cartoon and watching the very-1990s “Adventures in Wonderland” on the Disney Channel. My mom bought me my first copy of the book second-hand, and my dad gave me an interactive CD-ROM of the book for my tenth birthday. Playing with it on the computer quickly became one of my favorite things to do, and then I was hooked.

By the time I was 14, my second-hand paperback of the books was more scotch tape than book, so I bought a new replacement. Later, I saw another edition with a pretty cover, and even though I didn’t need it — I already had two copies of it — I couldn’t pass it up. After that, “well, I already have (however many), what’s one more?” became the way I justified adding more editions to my collection. And it grew. And I started collecting other Alice stuff.

Now I have over 200 copies of the books, and hundreds of other Alice items — clothing, mugs, tins, jewelry, and much more. Immersing myself in Wonderland-y stuff is by far my biggest and most enjoyed hobby. I have been places I never would have gone, done things I never would have done, and met people I never would have met because of this hobby. Through this blog, I hope to share the wonder with you!